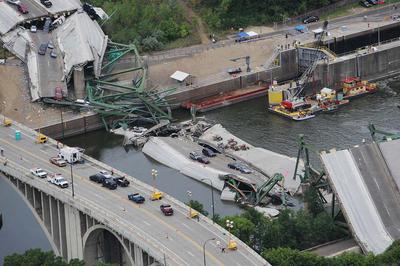 Global warming could contribute to the failure of one in four steel bridges in the US over the next two decades. Bridges in the US and other high-income countries are ageing and deteriorating. Last year, a large portion of an Italian bridge built in the 1960s collapsed, killing more than 40 people. One of the most common problems involves expansion joints. These allow sections of a bridge to swell and shrink in warmer weather without weakening the structure. 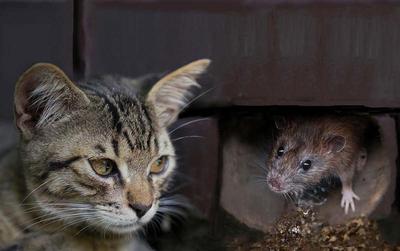 Mice with a disrupted gut microbiota may be unable to shake off fearful memories – a finding that suggests our gut bacteria may play an important role in the way we learn. Over the past decade, there has been increasing interest in the role bacteria play in keeping us healthy, especially those living in our gut, mouth and on our skin. Emerging research has linked disruption of these bacterial communities to problems in the immune system and even changes in behaviour. 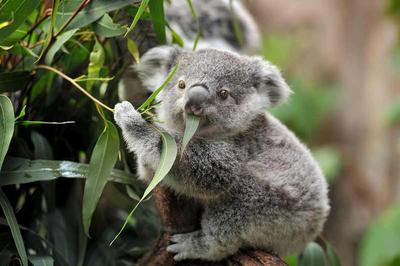 Koalas may need faecal transplants to be able to change diet. The finding could be used to help the animals adapt to habitat loss. While working at Western Sydney University, Michaela Blyton noticed something unusual while studying a koala population that had suffered a dramatic drop in numbers. In 2013, their population had grown so large that they had stripped leaves off their preferred food tree, manna gums (Eucalyptus viminalis), to such an extent that trees died. 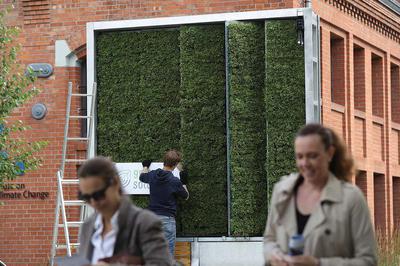 Walls covered in moss are popping up in major cities, along with promises that they can help reduce air pollution – but can a few square metres of plant matter really tackle the smog? Berlin-based firm Green City Solutions believes so. Its moss walls, called CityTrees, are roughly 4 square metres in size. It says they can filter up to 80 per cent of pollution particles out of the air, including the tiny ones linked to respiratory and cardiovascular diseases. 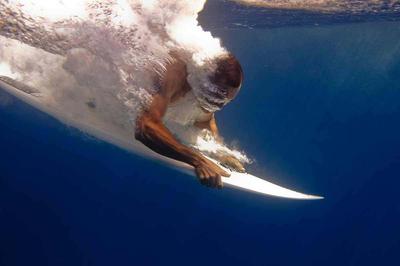 Bony growths found in Neanderthals’ ears suggest that aquatic foraging was a big part of their lifestyle. This adds to evidence that Neanderthals adapted to life in several landscapes, including those near water. Erik Trinkaus at Washington University in St Louis, Missouri, and his colleagues investigated the well-preserved ear remains of 77 ancient humans that lived in western Eurasia in the mid-to-late Pleistocene period. 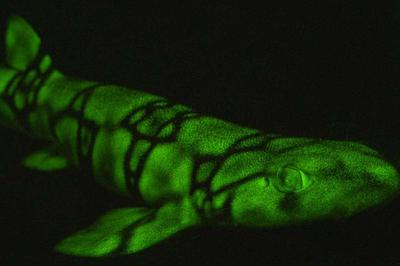 Some sharks have special glow-in-the-dark skin that works in a different way to other biofluorescent marine animals. Jason Crawford at Yale University and his colleagues have found that both chain catsharks (Scyliorhinus retifer) and swell sharks (Cephaloscyllium ventriosum) have light patches on their skin that glow a bright green colour that is particularly noticeable in deep water. 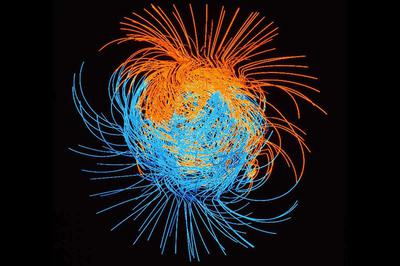 We appear to be safe from a catastrophic reversal of the north and south magnetic poles, according to evidence showing that the last swap took a lot longer, and was a lot messier, than scientists thought. The magnetic field shields Earth from the sun’s harmful radiation and cosmic rays, so a sudden polarity reversal could affect our power and communications systems, as well as our health.

Palaeontologists working in New Zealand have discovered the first evidence of giant parrots, which they believe lived 19 million years ago. An analysis of two “drumstick” bones, or tibiotarsi, found at a site on the South Island indicate the bird, named Heracles inexpectatus, grew to around one metre tall and weighed seven kilograms. “It’s a new example of the propensity of islands to generate weird and wacky animals,” says Trevor Worthy of Flinders University, Australia.

Bumblebees can sup on thick nectar just as easily as they slurp up thin nectar – and now we know why. It’s all down to the tiny hairs on their tongues. Evolution has created some strange and surprising tools to help animals drink liquid. A close look at a bee’s tongue reveals a long rod-like stalk that is covered in thin hair-like protrusions. This makes it look a little like a tiny mop.

Macaques really can use logical reasoning to solve puzzles

Macaques can use logical reasoning to think through tasks, a finding that adds to the growing evidence that animals don’t just make choices purely to maximise the reward they get. Greg Jensen at Columbia University, US, and his colleagues tested the way macaques made what are known as transitive inferences. An example of a transitive inference is the understanding that if A comes before B, and B comes before C, then A must come before C. 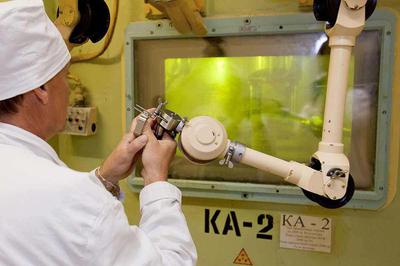 The source of a gigantic, mysterious leak of radioactive material that swept across Europe in 2017 has been traced to a Russian nuclear facility, which appears to have been preparing materials for experiments in Italy. The leak released up to 100 times the amount of radiation into the atmosphere that the Fukushima disaster did. Italian scientists were the first to raise the alarm on 2 October, when they noticed a burst of the radioactive ruthenium-106 in the atmosphere. 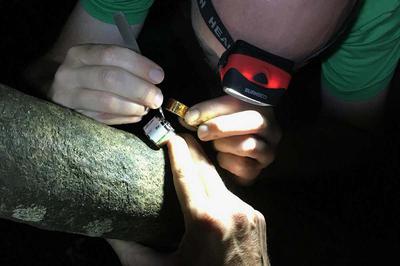 A tree stump that should have died is being kept alive by neighbouring trees that are funnelling water and nutrients to it through an interconnected root system. The finding adds to a growing understanding that trees and other organisms can work together for the benefit of a forest. Sebastian Leuzinger at the Auckland University of Technology, New Zealand, and a colleague were hiking through a forest track west of Auckland when they noticed a single tree stump with living tissue growing from it 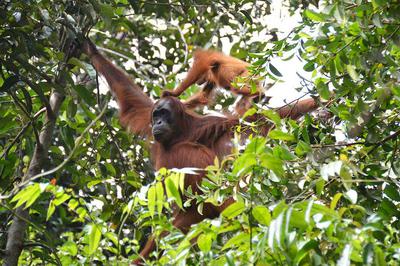 Orangutan mothers tell infants where to go by scratching themselves

Orangutan mothers use loud scratches to tell their infants that it is time to leave one area and move to another, possibly to avoid attracting predators or other orangutans. Primate experts are increasingly interested in behaviours such as scratching, self-grooming and face touching, debating whether these activities are intentional or simply due to psychological or physiological arousal. 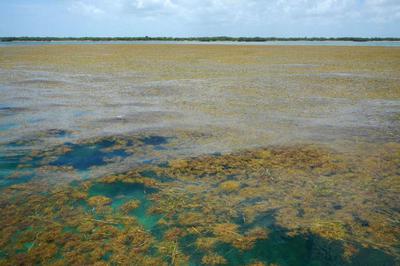 Satellites have revealed the biggest ever microalgae bloom, stretching from West Africa to the Gulf of Mexico. Its continuing spread threatens ecosystems and marine life. The stretch of brown seaweed, known as the Great Atlantic Sargassum Belt, is made up of floating islands of the algae that attract fish, birds and turtles. But over the last decade, its growth has ballooned dangerously. By the middle of last year, the belt of algae had grown to more than 20 million metric tons 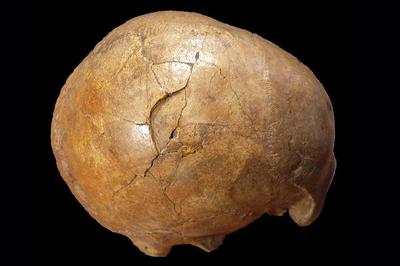 Researchers have used forensic science to crack one of the oldest cold cases in history – the murder of an early modern human who lived in Europe more than 30,000 years ago. The skull of Cioclovina man has long been mysterious. It was discovered during the second world war, in 1941, by miners searching for phosphate in a cave in Transylvania, Romania. Dated at 33,0000 years old, Cioclovina is one of the oldest, relatively complete skulls so far found of an early modern human living in Europe 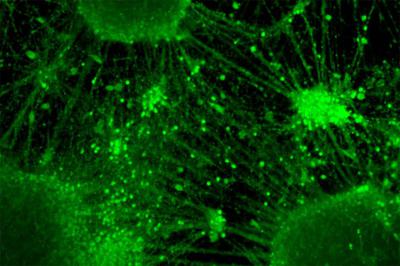 Miniature brains grown in the lab have human-like neural activity

Scientists growing miniature brains in a lab have created neural networks that act like those in the human brain. They hope the discovery will enable cheaper and easier research into brain diseases and drug development. In recent years researchers have been working on creating small, three-dimensional human brains, or cerebral organoids. The hope is that they will eventually replace animal models, imaging techniques and autopsies as tools for understanding the brain. 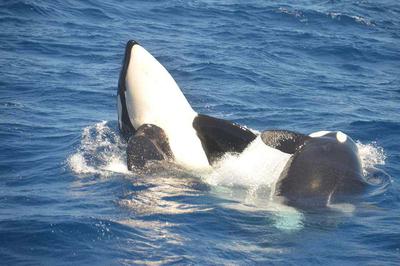 At the same time every year around 150 orcas meet 50 kilometres off the south coast of Australia, and now we may know why. The extraordinary congregation happens between January and April and the orcas spend their time feeding and playing in a surprisingly deep patch of water around 40 kilometres across and around 1 kilometre down. Initially, researchers were puzzled that the orcas found that particular region so appealing as the surrounding ocean is low in nutrients. 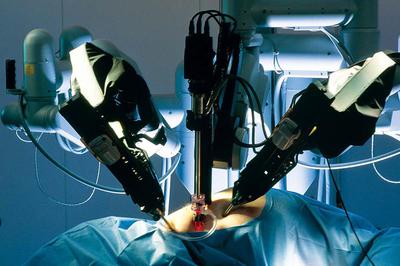 Robotic surgery is turning out to be an expensive fad

The rapid rise of robot-aided surgery ignores the fact that high-tech gadgets don’t always improve treatment outcomes but do increase costs SURGERY performed with the help of a robot has been billed as the next revolution in healthcare: such procedures can be carried out through an incision the width of a finger, causing less scarring and often allowing people to return to their homes more quickly. 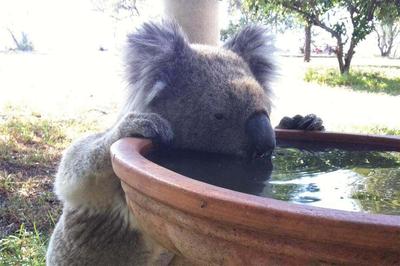 Koalas may need bowls of water provided by humans to survive the increasingly harsh weather brought on by climate change. It has long been thought that koalas get all the hydration they need from the leaves they eat, but now researchers have found that they will use artificial water stations throughout the year and for longer periods in hot months. Their numbers are under threat from habitat destruction, disease and attacks from feral animals. But climate change also poses a problem 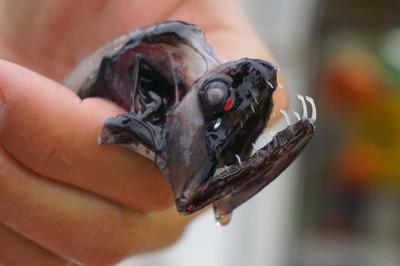 Deep-sea fish have evolved transparent teeth which, along with their black bodies, make them invisible to prey. While dragonfish are only the size of a pencil, they are fearsome predators at the top of the food chain. Their thin, eel-like bodies support a huge black mouth filled with razor-sharp teeth, that can widen to swallow prey half their size. Marc Meyers at the University of California San Diego and his colleagues have discovered what makes these teeth almost entirely transparent.
Load More Articles
Close ✕